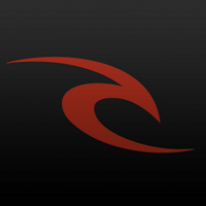 Rip Curl, an Australian surfwear company, is under scrutiny for selling millions of dollars worth of clothing using “slave labor,” The Sydney Morning Herald reported.

Workers at the North Korean Taedonggang Clothing Factory were hired to make clothing for Rip Curl’s 2015 winter collection. It was then branded with a “made in China” logo and shipped to retail outlets to sell. According to Mashable, this has been happening since at least July 2014.

“We were aware of this issue, which related to our Winter 2015 Mountain-wear range, but only became aware of it after the production was complete and had been shipped to our retail customers," Tony Roberts, Rip Curl’s Chief Financial Officer, said in a released statement. "We do not approve or authorize any production of Rip Curl products out of North Korea."

The Sydney Morning Herald reported Fairfax Media received video and photo evidence of the company’s clothing being made at the factory by travelers, whom the North Korean government took on official tours of the facility.

Hopefully there will be fewer instances like this, since last month the U.S. Senate voted to close a loophole in the Tarrif Act of 1930 in an effort to minimize slave labor in the global supply chain.