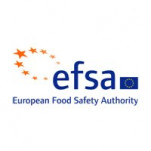 The European Food Safety Authority (EFSA) is forming a group of international experts to evaluate new evidence on the potential effects of bisphenol A (BPA), a widely used ingredient in drinkware and housewares, on the immune system.

According to a press release, the Dutch Ministry of Health requested that the EFSA examine results of a Dutch National Institute for Public Health and the Environment (RIVM) report, which detailed prenatal and perinatal effects of BPA on the immune system. The report recommended researching alternatives to BPA and advising users to reduce exposure to it.

EFSA specifically will review the toxicity of BPA on the immune system, and its Panel on Food Contact Materials, Enzymes, Flavorings and Processing Aids (CEF). CEF hopes to issue a statement from the research within the next few months.

In addition to this evaluation of previous studies, in December 2014, EFSA's CEF panel reduced its estimation fo the tolerable daily intake of BPA, from 50 micrograms per kilogram of body weight to 4 micrograms, in order to account for uncertainty about the chemical's possible effects on mammary glands, and reproductive, neurological, immune and metabolic systems in lab animals.

Stakeholders from public authorities, academic institutions and the general public will be able to provide input on EFSA's planned approach to its study before work begins. The authority scheduled its final scientific opinion for 2018.