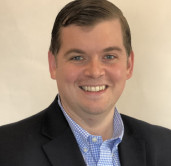 Dan Lunoe will be joining Los Angeles-based BAMKO as a business development executive. Lunoe has been one of the highest-producing sales reps in the industry for the last several years, and generated more than $5.5 million in sales in 2020.

Lunoe has been in the industry for more than 15 years, starting out with Stuart & Associates before it was acquired by HDS Marketing in 2016. A Cleveland native, Lunoe will be relocating to Florida, where he will focus on the acquisition of large enterprise accounts on BAMKO’s behalf.

“BAMKO is building something very different than exists anywhere else in the industry and I want to be a part of it,” Lunoe said. “If you’re a big rep intent on doing really big things, there’s just not another company out there that has the tools, technology or talent that BAMKO does. I get to focus my time on landing big fish and have the confidence of knowing that I’ll have the resources behind me to service the heck out of those customers. I’ve seen the future of the promo industry, and it is BAMKO.”

Proforma Founder Donates $5,000 to Next Generation of Entrepreneurial Business Leaders