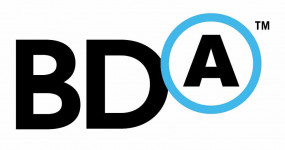 “From our earliest days together, Eric [Bensussen] and I formed a partnership focused on understanding what consumers want and creating products that bring joy every day,” said Jay Deutsch, co-founder and CEO of BDA. “Whether it’s an awesome gaming controller in a family room, a stadium filled with 70,000 fans wearing team merchandise, or inspiring brand loyalty through the power of merchandise, we’ve had the honor of bringing millions of smiles to people around the world. PowerA is a great example of where we saw an opportunity to take gaming accessories to a new level and grow an audience of passionate fans. Eric and the entire PowerA team have done an amazing job, and I know along with the terrific team at ACCO Brands, the best days of the PowerA brand are yet to come.”

ACCO Brands, headquartered in Lake Zurich, Illinois, specializes in office products. In 2012, it finalized a deal to combine with MeadWestvaco, parent company of Mead, Five Star, Trapper Keeper and more.

Bensussen, who serves as president and co-founder of PowerA, along with the rest of the team of employees, will stay with the business and continue to work in the Woodinville location. He told Promo Marketing that the growth of console gaming during the pandemic made video game accessories even more popular within the industry.

"During COVID, console gaming has expanded tremendously, only strengthening PowerA’s decade-plus long partnerships with leading gaming platforms and title partners," he said. "ACCO Brands sees this same opportunity and a fit for its aggressive shift toward consumer brands. ACCO Brands’ philosophy to delight customers was identical to BDA’s, and the combination of ACCO Brands’ global footprint and our award-winning gaming accessories will fuel the PowerA brand and accelerate the already rapid growth and product adoption we have experienced in the console, mobile and PC gaming space."

“Time flies when you’re having fun and building a company that’s all about fun,” Bensussen said. “It’s incredibly rewarding to see the overwhelming love gamers have for our products, and the continued support of our retailer and licensor partners, including some of the largest gaming companies in the world. All of this is made possible by the PowerA crew's passion, creativity and complete immersion into the expanding gaming universe. PowerA will be in good company as part of ACCO Brands, where it will maintain its pace of expansion as the gaming market continues its hypergrowth across all platforms, including mobile and cloud.”