On Friday, Democratic presidential candidate Sen. Bernie Sanders had a Disney princess moment at a rally in Oregon. During his speech, a bird flew around him and eventually landed on the podium.

"I know it doesn't look like it, but that bird is really a dove asking us for world peace," responded Sanders.

Even Sanders, himself, perched atop the Birdie Sanders campaign.

Now, fans of the Birdie Sanders campaign can even get their hands on some merchandise. 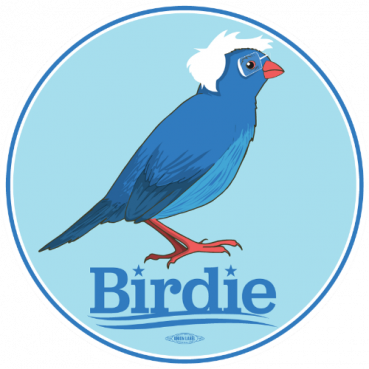 ActBlue made stickers to commemorate the bird meetup. Contribute any amount to receive a sticker in the mail. 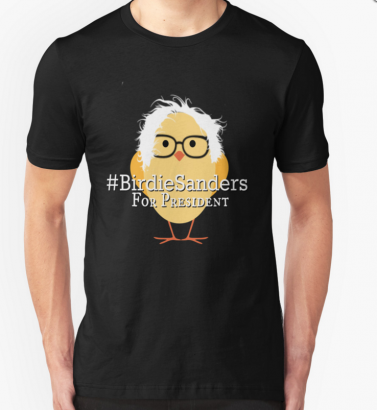 Various screen printers are taking advantage of the latest bird movement, by "putting a bird on it."

From Redbubble to Skreened, there are many options combining birds with Sanders' features. 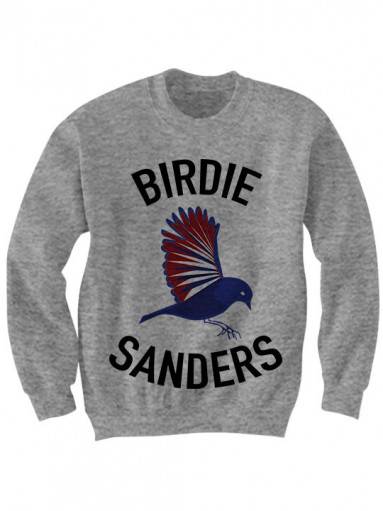 Supporters in cooler locales can show their Birdie Sanders admiration with a sweatshirt, like this one from Etsy. 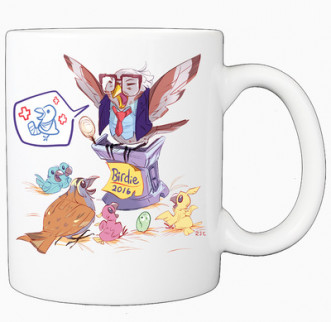 If Birdie Sanders supporters would rather show their support with a coffee mug, Rachel J Corey's online store has colorful mugs.