A lot of people say that Beyoncé is the best in the business. Today, we can say that the business we're referring to is marketing. After dropping a surprise new song before her Super Bowl 50 halftime show performance, Beyoncé also debuted a new line of apparel and accessories relating to her new song, "Formation," called "The Formation Collection."

Specifically, one of the lines in the new song appears on T-shirts and tote bags—"I got hot sauce in my bag."

The hat below, called the "Picante Dad Hat" (which is a term for hats with an adjustable strap in the back), just has the words "Hot Sauce" on the front, with "Beyoncé" on the back. 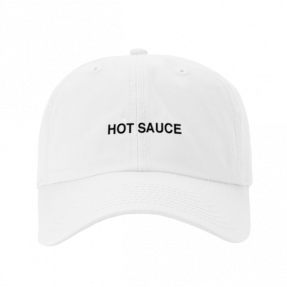 The Conversational Tote has the full lyric. 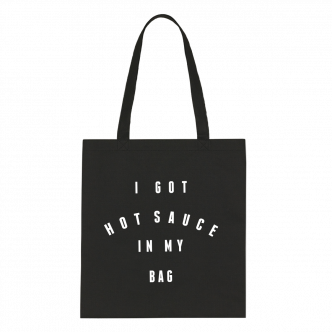 Representing the many repetitions of the word "slay" in the song, Beyoncé also released the "Slay Tee." 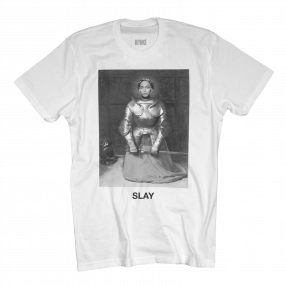 So between the timely release of a song yesterday morning, a halftime performance featuring the tune, a Super Bowl commercial announcing a new tour in and a recently released line of apparel based around the song, I'd say that we can learn a lot about marketing from Beyoncé.