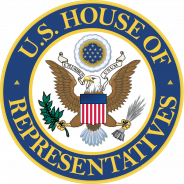 A bill proposed in the U.S. House of Representatives could change the way promotional products professionals who classify themselves as independent contractors do business. H.R. 2474, dubbed the Protecting the Right to Organize (PRO) Act, reworks the National Labor Relations Act to eliminate independent contractors as a classification of employee, stating that all workers in the U.S. are employees of their organization unless they meet certain requirements.

The bill's intent is to protect employees across multiple job categories, and ensure union benefits and representation.

Specifically, the bill would do the following:

"Promotional consultants remain independent because they can set their own hours, run a business as their own, decide their own career path, be active in family and community, and pay their own way, among other incentives," PPAI wrote in its statement. "These contractors are self-employed, even though they may only sell on behalf of only one company. Without the support of a distributor firm essentially acting as a lender to the consultant, the promotional consultants would either have to receive payment from end buyers in advance or have the financial ability to finance the orders themselves. The vast majority of promotional consultants are very small businesses, often sole proprietors, and are unable to self-fund these transactions."

PPAI specifically urged Congress to modify sections of the tax code to broaden the definition of a "direct seller" to include someone in the business of selling promotional products from a company other than a permanent retail establishment.

"If one believes that promotional consultants are independent contractors, notwithstanding this particular economic characteristic, then for the same reasons, promotional consultants need to be recognized as having a unique status that is not measurable under common law principles and that would provide appropriate clarity of law for this significant segment of independent contractors," the statement continued. "Fortunately, Congress has already recognized so-called 'direct sellers' as unique businesses in the tax code. PPAI believes the case for the unique circumstances of the independent promotional consultant are clear-cut and should be included with other 'direct sellers.'"

This federal legislation comes shortly after California's Assembly Bill 5 became law this month, which states that all workers are considered employees unless they can meet certain criteria that qualifies them as independent contractors.

Critics in California have been vocal about how they believe the bill impacts small entrepreneurs and freelance workers.

There is no official date indicating the next steps of the PRO Act, but with the promotional products industry's history of legislative activism, you can expect to see more on the subject soon.