Bill to Suspend Duties on More Than 1,700 Products Passes Unanimously In House 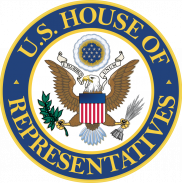 The House of Representatives voted to pass a bill that would reduce or suspend duties on more than 1,700 products, including a collection of items within the promotional products industry, such as apparel, travel goods, textiles and footwear.

"This bipartisan, bicameral legislation is a win for American manufacturers, their workers and families across the country," House Ways and Means Committee Chairman Kevin Brady (R-TX) said, according to Tax-News. "Today's decisive and overwhelmingly bipartisan vote brings us one crucial step closer to providing much-needed tariff relief for American job creators. I strongly encourage the Senate to pass this legislation as soon as possible and join the House in taking action to help our manufacturers and workers compete and win."

Caro Krissman, chairman and co-founder of INLT, Los Angeles, and formerly of industry supplier Source Abroad, told Promo Marketing in an interview that this is a big deal for promotional products companies that import goods abroad. He specifically mentioned items included in this legislation such as smartphone cases, water bottles, lids for food storage and suction cup camera mounts.

As the price of production in China has gone up in recent years, it's forced importers to adjust prices accordingly. Krissman said that this new legislation likely won't cause suppliers to drop prices thanks to duty-free imports, however.

"Suppliers have been under a great deal of pricing pressure in recent years on their imported products, specifically out of China," Krissman said. "Labor costs have increased steadily, the freight market saw a sharp rise (particularly in air freight), and the value of the [U.S. dollar] to [Chinese renminbi] dropped significantly from the end of [2016] to today. Suppliers are not likely to drop pricing in any significant, across-the-board manner as a result of this, but if they have a specific import project for one of the items on the list, they will cost accordingly."

Krissman added that while, on the surface, it seems like an overall win for importing, it comes with further questions and an unclear future. He specifically cited the expiration of the Generalized System of Preferences (GSP), which exempted World Trade Organization Members from having to approach imports objectively and avoid "favoring" trading partners. It expired at the end of last year.

"The expiration of GSP on [Dec. 31] is adding a great deal of uncertainty to importers who enjoyed its benefits," he said. "The last time GSP expired it took well over a year for congress to reinstate it; hopefully it won't take that long this time. For example, bags from India might have been duty free in December, and today have a significant tariff associated with them. Last time it was reinstated retroactively, so all duties (if handled properly at the time of importation) paid during the period of expiration were refunded. As we know, uncertainty is never good for business, so this is something for us to keep a close eye on."

The next step is Senate approval. We'll follow this legislation as it makes it way through the branch, and continue to learn more about how it could affect the promotional products industry.