Biodegradable Microbeads That Clean Up Pollution Could Be On the Way

Microbeads have been common in lotion and other personal care items thanks to their exfoliating properties. However, because they aren't biodegradable and cause pollution in the oceans and waterways, countries like the U.K. and Canada, along with the U.S., have moved to ban them. 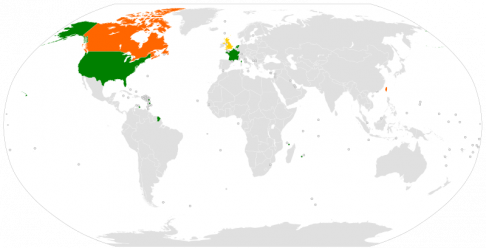 Scientists have been working on a new type of microbead that not only is biodegradable to limit pollution, but also might actively clean up other pollution, too.

Popular Science reported that scientists are currently developing microbeads made from natural ingredients found in plants, algae and shellfish. These new microbeads could possibly absorb pollution, such as chemicals in sunscreen, which has been damaging coral reefs, prompting Hawaii to consider banning certain sunscreens.

This relates to the ongoing issue of banning plastic bags, even though the two are much different in size. The microbeads commonly found in hygiene products are made from polyethylene, which is the same material used to make most plastic bags.

Did you know?: Microplastics have been in everyday health and beauty products as well as household cleaners.  These Microplastics are known as microbeads and are a leading contributor to plastic pollution in our oceans. #BanTheBeads #4Ocean pic.twitter.com/UPZdJ4T47D

One research team at the University of Bath in England, led by chemist Janet Scott, is using cellulose, the material that makes up most of plant cell walls, to make biodegradable microbeads. They discovered the material could be used in this way after studying its use in circuit boards.

"We realized that we could easily shape [it] into small beads as well," Scott told Popular Science. "They feel quite nice."

A group of scientists in Puerto Rico are working on beads that go a step further—actively cleaning up the oxybenzone from sunscreen that pollutes the ocean. These are made from materials sourced from algae and chitin, which is found in the outer shell of lobsters and other crustaceans. Inside, the beads are made with a magnetic core made of iron oxide covered in a natural material to make them absorbent.

"We can remove it using magnets or we can just have a net that we drag up and down the shore, after people have finished their day in the ocean," Felix Román, a chemist at the University of Puerto Rico at Mayaguez, told Popular Science.

As part of its study, the team added the microbeads to samples of water polluted with oxybenzone. Within an hour, the beads had removed 95 percent of the pollutants.

In 2015, the U.S. estimated that enough polyethylene beads made their way into waterways to cover 300 tennis courts. That's a tiny fraction of the overall amount that made it into nature, however. As Popular Science reported, the other 99 percent (yes, that tennis courts figure was 1 percent) ended up in sewage sludge, which is commonly used as a fertilizer. That creates the possibility of the microbeads making their way into rivers and oceans as a result of storms and irrigation.

Once they're in the water, the beads could end up ingested by wildlife. Since we use them to clean up, the beads have absorbed the pollutants we're trying to get off our skin. The fish, in turn, eat the microbeads, therefore exposing themselves to those pollutants. Eventually, it all comes back to us, as we eat the fish that eat those fish.

The Miami Herald also reported that, as a result of microbead pollution, sand temperatures are rising, changing the balance of male and female sea turtles, putting the species at risk.

If scientists can develop products that people can use in their hygiene routines that are safe once they make their way into the water, that would be a huge benefit for companies that manufacture and sell personal care items. It would also benefit companies that make sunscreen, since the pollution from oxybenzone would be less of a dire issue.

2022 Style Guide: 5 Trending Fashion Looks (and How to Bring Them to Promo)
Comments
The Top Lists