There Are Bluetooth Fidget Spinners, and Yes, One Caught Fire

We've already detailed the potential dangers of fidget spinners, but it looks like things are heating up (pun intended). According to WKRG, a family in Gardendale, Alabama was shocked to see their new fidget spinner go up in flames.

According to Allums, the fidget spinner had been charging for less than 45 minutes when it suddenly caught fire. Her son immediately put the fire out in the sink, but the fidget spinner still managed to scorch a section of the carpet. 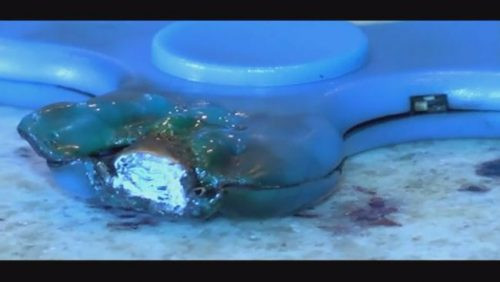 This is where things get complicated. Because fidget spinners are being mass produced on a large scale, it is hard to trace who exactly are the manufacturers. All Allums could find was a "Made in China" label.

The family has alerted the CPSC (Consumer Product Safety Commission) to the incident, and it is currently looking into the claims about Bluetooth-enabled fidget spinners.

When it comes to tech catching fire, most explosions can be attributed to lithium-ion batteries. We've seen it with hoverboards and headphones recently, and perhaps that's the problem for this new batch of fidget spinners.

As always, we suggest dealing only with suppliers who follow safe sourcing and compliance policies, especially for any electronics or tech items that could pose a fire risk.