Boston Gets Local with Branded Merchandise

Boston is a proud city. It has good reasons to be, too—rich history, waterfront geography, world-class education and sports dynasties. So, it makes sense for Bostonians to want to show their pride in the world. And now, the city is doing just that by investing in Boston-branded promotional products.

The Boston Herald reported that the city will start selling items like T-shirts and branded drinkware online. 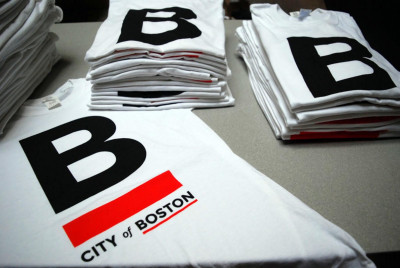 The city of Boston is starting a promotional products campaign to appeal to residents. (Image via the Boston Herald)

"We want to find stuff that clicks with people [and] gives them a little feeling of, 'Hey, that's my Boston,'" Jascha Franklin-Hodge, chief information officer for Boston City Hall, told the Boston Herald. "We don't really know the whole universe of what's possible."

Other cities have done things like this to rally local spirit and even raise money for certain projects.

Toronto, especially, has been on its merchandising game for a few years now. The Toronto Transit Commission made items like T-shirts, prints, pillows and drinkware available to raise money for the commission.

The company sold its wares online and in person at Toronto's Union Station.

Obviously, most major cities have the opportunity for tourists to buy merchandise, but by providing items that appeal to locals, companies can hone in on more specific local markets.