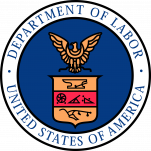 This new legislation sets the standard salary level at the 40th percentile of earnings for full-time salaried workers in the lowest-wage Census region, which currently is the South, at $913 per week and $47,476 annually for a full-year worker. According to CNN, this is double the current threshold—$23,660 annually ($455 a week).

CNN reported that, since 1975, the percent of salaried workers who are automatically eligible for overtime pay fell from 62 percent to 7 percent.

This new legislation determines whether white collar, salaried employees are exempted from the Fair Labor Standards Act's requirements for minimum wage and overtime payment protection. Employees are exempt if they are, according to the Department of Labor, "employed in a bona fide executive, administrative or professional capacity, as those terms are defined in the Department of Labor's regulations at 29 CFR part 541."

The final rule is set to take effect on Dec. 1, 2016, and the initial increase to the standard salary level (from $455 to $913 weekly) will be effective on that date. Also, further automatic updates to salary threshold will take place every three years, beginning Jan. 1, 2020, to ensure that it remains at the 40th percentile.

Further, employers now will be able to use non-discretionary bonuses and incentive payments, such as commissions, to account for up to 10 percent of the standard salary level, as long as these payments are made on at least a quarterly basis.

Based on current wage growth projections, CNN anticipated that the threshold could rise to $51,000 by 2020.