Whenever I’m at a Super Bowl party, I always try to bet someone that the first Super Bowl ad will be Budweiser. Sometimes I’m right. Sometimes I’m not. This year, it’s good that I’m not going to a party, because I would most certainly be wrong.

Budweiser announced that, for the first time in nearly 40 years, it won’t be airing any commercials during the Super Bowl. It will, however, team up with beloved apparel brand Starter for some Big Game-themed apparel.

To commemorate the 50th anniversary of Starter, the brand is releasing an apparel capsule with Budweiser that celebrates the “Bud Bowl” ads, which first aired in 1989.

The first line will include T-shirts, sweatshirts and hats with retro Bud Bowl logos. 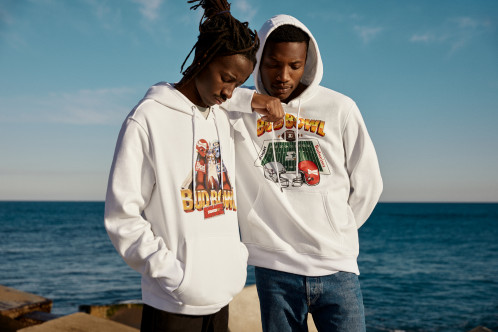 “The Starter brand has and continues to have a formative influence on my vision of how sport and fashion culture intersect,” Carl Banks, president of G-III Sports Division, said in a press release. “Fashion and fandom is an emotional connection. No brand does it better. I am honored to continue the legacy of [Starter founder] David Beckerman.”

It’s yet another example of the influence of streetwear and exclusivity on markets that traditionally relied on mass production and mass appeal. Also, sprinkle in some nostalgia (even for some fans who weren’t alive in 1989), and you’ve got a touchdown of a 2021 apparel line. 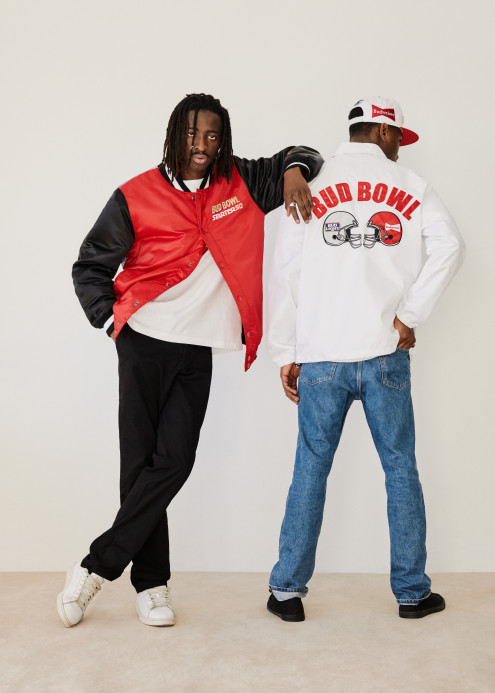 “We are proud to celebrate this milestone with Starter, one of the most iconic sports brands of all time,” Bob Galvin, president and CEO of Starter parent company Iconic Brand Group, said. “Starter has always realized that sport transcends game, it’s about a shared spirit, an important reminder for our time as fans to celebrate from afar. We are all part of something bigger.” 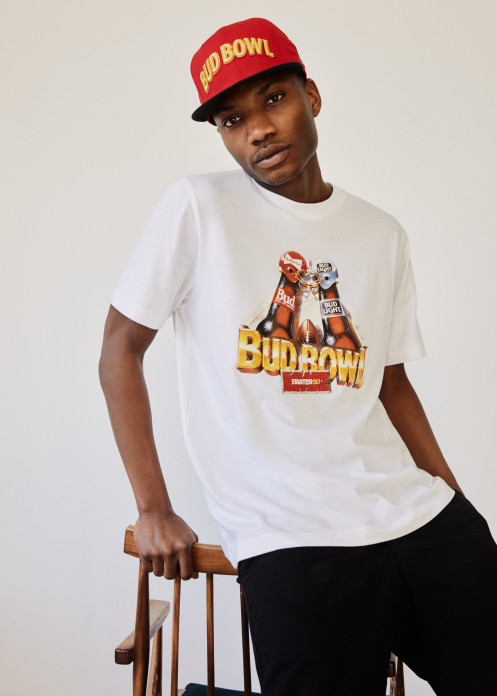 This year, we won’t get to see the Clydesdales. Heck, you won’t even see a Bud Bowl remake, which is a shame because we’re in the golden age of reboots.

But, Budweiser still has a hand in the game in some capacity. And it’s smart on Starter’s part to incorporate them into their newest line.

The apparel collection also shines a light on branded merchandise—particularly how cost-effective it is for marketing in relation to, say, a 30-second, $5 million Super Bowl ad. The merchandise may not have the same immediate reach as a spot during the Big Game, but it shows that Budweiser knows the value of a well-timed branded apparel launch.