California Initiative Would Require Legislators to List Donors on Clothing 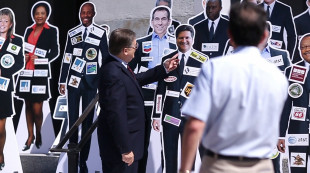 People are used to seeing NASCAR drivers wearing suits decked out in their sponsors' logos, but now a California initiative would require state legislators to display their donors on their clothing anytime they speak on the legislature floor.

John Cox, a California entrepreneur, created the California Is Not for Sale campaign, and filed a ballot initiative in the state on Oct. 27.

According to the California Is Not for Sale website, Cox created 121 life-size cutouts, each representing one member of the California State Legislature, and compiled data about from where the representatives have accepted money.

While some California politicians admire Cox's commitment to ending corruption in politics, they think physically wearing logos is a bit much.

"To have everyone decked out like race car drivers would be a circus element, which wouldn't really benefit the public," Rocky Chavez, a California Assembly member, told ABC 10.

According to the initiative's website, more cardboard cutouts will pop up in the near future. Cox now is working to collect about 365,000, which would allow Californians to vote on the initiative in November.

Do you think this measure is too drastic? Comment below.