Californians Critical of Local Politician's Use of Funds for Campaign Promos 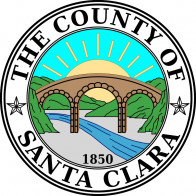 A California politician is receiving criticism for using his office's funds to advertise his state senate campaign. Santa Clara County Supervisor Dave Cortese has been sponsoring events in neighboring districts and handing out items like tote bags and hanging banners urging Californians to vote for him in the state senate election.

San Jose Inside reported that Cortese had also done things like appear in a local parade with volunteers carrying "Elect Dave Cortese" banners alongside him.

Some residents have also noticed an incongruity between Cortese's campaign goals and his advertising locations. His name appears on banners spotted on the fence of Reid-Hillview Airport, a location that local pilots say Cortese is trying to shut down.

"It's just tacky," a local pilot told San Jose Inside. "Doesn't he want to shut this place down? Take your banners somewhere else, dude."

We've reported on the critical role of campaign merchandise for years now. It was a pivotal part of the 2016 presidential election, and it seems like it will only become more important for candidates in the lead-up to 2020. At this point, good merchandising almost trumps policy, especially on the big stage. When campaign merchandise leaves a positive impact, it really works.

On the flip side, if taxpayers think politicians are spending too much or misusing funds for personal campaigning, it creates distrust and leaves a bad taste. We've seen this many times before, most recently in Canada, when a financial watchdog group examined the government's promo spending. That turned out to be a bit of a non-issue, though, as the spending all seemed appropriate and took up a measly percentage of Canada's overall government budget.

That said, California residents feel they have a more reasonable bone to pick with Cortese.