Can You Spot the Major Decorating Error on This Washington Redskins Novelty License Plate?

Look, decorating errors happen. Even the most zealous proofreaders miss things on occasion. We're understaffed and overwhelmed. We're all just trying to keep pace with the new speed of business. We get it.

Except when it happens to, say, a $2.3 billion organization like the NFL. In that case, well, come on, you guys!

Here's the situation, as first reported by Dan Steinberg of The Washington Post: On its website, the NFL sells a line of team-branded novelty license plates featuring each team's logo atop a silhouette of its home state. You've probably seen them (or ones like them) before. And aside from some shenanigans thanks to the Carolina Panthers' dual state representation, they're pretty standard fare.

Except for the Washington Redskins' plate, which has one terrible, horrible, no good, very bad error. Let's see if you can spot the problem. Are you ready? Of course you are. Behold: 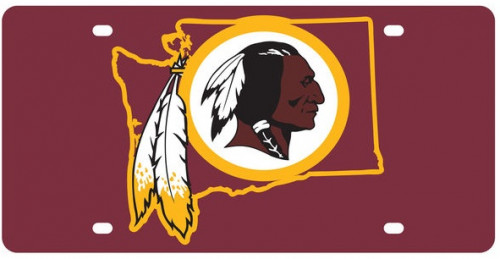 The NFL must have seen Steinberg's report and acted quickly, as the license plate was no longer available on the league's online store mere hours after The Washington Post story ran. The plate is, however, still visible as a featured category image on the Redskins' mobile shopping page, as our diligent reporting shows: 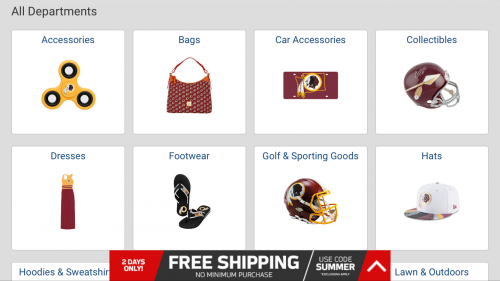 This isn't the first time one of the league's teams has been involved in a high-profile, geography-related merchandise mix-up. In 2013, Nike had to pull a Carolina Panthers T-shirt after the company printed an image of South Carolina beneath the team's logo. (The Panthers play in North Carolina.)

It's proof that you can have all the money, manpower and marketing muscle in the world and still fall victim to this kind of decorating silliness. So, let this be our regular reminder: Always, always proofread.

And in the meantime, check out some tips for doing automotive promotions right.