Canada Is Freaking Out Over 150th Birthday Merch

Canada's 150th birthday is July 1 (don't worry, neighbor, you don't look a day over 100), and Canadians are going all out for the big day. According to The Huffington Post, Canada 150 merchandise is the hottest commodity in town.

"It's been unprecedented," said Glen Miller, co-owner of Great Canadian Gift Company in Ancaster, Ontario. "It's off the charts. We had no idea that demand would be this high and I don't think our suppliers did either. It's becoming difficult to find some products." 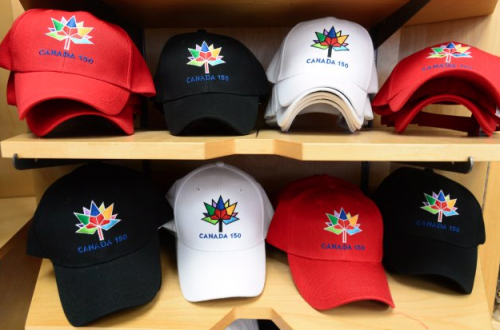 (Image via the Canadian Press)

As part of the celebration, the federal government is allowing anyone to use the official logo for free with the submission of an application. By mid-June, 6,200 applications had been approved, including fidget spinners and even a casket. No application has been denied, and goods don't even have to be manufactured in Canada.

While the 4th of July in the U.S. is approaching, you might reap the benefits of a similar national frenzy if you can do a quick turnaround promotion.. And, if you can get creative like some of these Canadian promotions, you could even have a viral campaign.