On June 4, we reported that Canada’s senate had decided in a 34-28 vote to pass an amendment that would delete sections of the country’s cannabis legalization bill that would have allowed cannabis companies to advertise and promote their brands by selling branded merchandise like hats, T-shirts and smartphone cases.

Citing past advertising by tobacco companies, senators in favor of the amendment believed that by allowing cannabis companies to sell promotional products, they would be turning a blind eye to inappropriate advertising that could have been appealing to children.

In response to the amendment, cannabis companies and advocates of legalization in Canada have made clear their concerns about its possible consequences.

The main concern, according to Greg Engel, chief executive of Organigram Holdings, is the fear that the legal industry will not be able to compete with the black market without the help of promotional marketing.

“We’re trying to compete with a market that has extensive branding both in terms of the packaging, and in terms of their swag and their online digital presence,” he said. 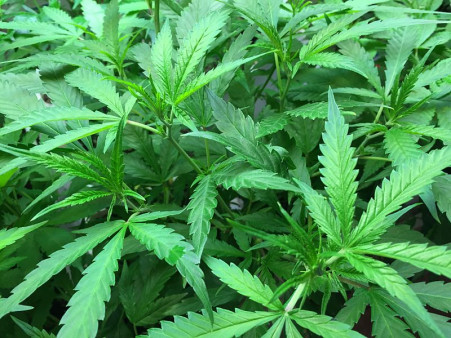 According to folks in the legal cannabis industry, the uphill battle they will face, assuming that the Cannabis Act passes, is already daunting enough as is, since only cannabis oil and dried cannabis will be made legal initially. Compared to the illegal market, this is a woefully threadbare product offering.

The language of the amendment itself poses a problem as well, as it is rather unclear on what constitutes public-facing promotion.

Trina Fraser, who leads the cannabis group for Ottawa-based Brazeau Seller Law, explains what this might mean for retailers.

“The definition of promotion in the bill is quite broad,” she said. “And I would think that even my logo and store name on the exterior of my cannabis store, if I’m a retailer, would be a promotion.”

This situation should be familiar to anyone who has paid attention to legalization efforts here in the U.S., as marketing always plays a relatively central role in these debates. In Boulder, Colorado, for instance, the city council recently passed legislation designed to further define what constitutes promotional marketing, separating items into categories based on their ability to be used beyond their intended purpose (advertising).

By definition, this legislation sought to differentiate items such as lighters and bottle openers from stickers. However, despite marijuana’s status as a legal recreational substance in Colorado, the use of promotional products to advertise the drug remains illegal.

As marijuana becomes legal in more states—this is more a question of when, not if, at this point—or even obtains legal status on a federal level, these debates will only continue to heat up. Whatever your opinion on the matter is, it can’t be denied that folks in the cannabis/marijuana industry in both Canada and the U.S. see branded merchandise as a vital means not just of legitimizing the products they sell, but also of competing and growing in a complex, competitive marketplace.