Canada's Most Interesting Promotional Items (Such As Foam Chickens) 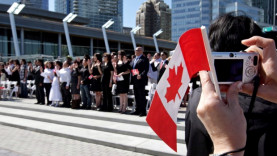 The Canadian government has spent close to $1 million on promotional items since November. (Image via CBC)

According to the CBC, Heritage Canada spent more than $780,000 between Nov. 4, 2015, and April 22 of this year. Here are some of the promotional items that our Northern friends gave away during that time:

Which Side of the Promo Brain Are You? (Secrets to High-Performance Teams)