Canadian Officials Urge US to Use its Method of Preventing Counterfeiting 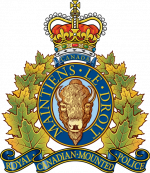 After this year's Super Bowl, Immigration and Customs Enforcement agents seized an estimated $39 million worth of counterfeit Super Bowl items. NHL officials just warned hockey fans last week to be on the lookout for counterfeit Stanley Cup merchandise. Heck, even AC/DC asked U.S. marshals to stop counterfeiters from selling items outside of their concerts. These counterfeit issues and concerns frequently surround major events, like sporting events and concerts. Now, Canada has advised the U.S. to follow its example in combating merchandise counterfeiting.

According to CNS News, the Canadian Anti-Fraud Centre (CAFC) urged the U.S. to consider its preferred method of stopping counterfeiting—use information provided by victims to close bank accounts of the unlawful vendors.

Over the last year, Canada's program, which is called Program Chargeback and is run by the Royal Canadian Mounted Police, successfully has identified more than 2,000 merchants selling counterfeit items. Most of the vendors were linked to three banks in China.

The CAFC shut down the bank accounts and recovered more than $3 million for more than 9,000 victims, who each lost, on average, somewhere between $300 and $350.

"My recommendation is that if the U.S. wants to, they can do the same thing we're doing in Canada with the counterfeit complaints coming in," Barry Elliot, the head of CAFC's Criminal Intelligence Analytical Unit, told CNS News during a press conference.

He added that if U.S. officials wanted to get the upper hand on counterfeiters, they should use the complaint data to monitor how the culprits are paying for and marketing their goods.

If the victim files a complaint with the CAFC quickly and provides basic information about the transaction, officials confirm with the branding company whether or not the item is officially licensed. From there, the CAFC and credit card companies notify the banks, which then freeze the vendor's accounts to prevent it from accessing the money from the transactions.

"You can attack organized crime by going for the heart, by taking away [counterfeit sellers'] ability to make money, by using, you know, their credit card and debit card payments," Elliot told CNS News. "I think it would be very doable, very doable, here in the U.S., doing exactly what we're doing in Canada."

What do you think? Do you think this an appropriate way to limit counterfeit goods from reaching the marketplace? Let us know in the comments.