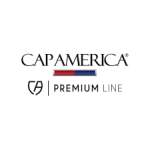 Cap America Inc., Fredericktown, Missouri, is continuing to grow. The company currently touts an impressive 430 employees, which is the highest ever for it.

“Not only have we introduced new customers, but we have earned the continued business of our many distributor and team dealer partners,” said Mark Gammon, Cap America CEO. “This is an exciting time for us, and I am pleased to announce these well-deserved promotions from within as we realign to better provide exceptional service to our client base.”

• Anessa Fritch adds senior vice president of corporate development and strategy to her continued role in the organization – Fritch, who has been with the company since 1993, will now oversee customer experience, sales and administration.

• Sarah Page promoted to senior vice president of overseas operations – Page assumes this role from her predecessor, Bob Rauh, who announced his retirement earlier this year. Having thrived in her previous role coordinating global relations, she is set to oversee the entire scope of all international business.

• Cory Cissell named vice president of customer experience – Having joined Cap America seven years ago, Cissell, who most recently held the position of vice president of marketing, where he collaborated with multiple teams, will now also be heading the customer service department for the company.

• Bryan Finch promoted to marketing manager – Finch, who has served as the marketing graphic design supervisor for 10 years, where he worked to ensure the branding and image of the company, will have a wider responsibility including new opportunities with all media avenues.

• Rhyen Campbell promoted to communications and engagement strategist – Campbell, who previously held the position of content strategist, will transition into her new duties, which have more focus on engaging prospects and retaining customers alongside the sales team.