After South Korean shipping company Hanjin Shipping Co. Ltd. (Hanjin) filed for bankruptcy, the fate of the company is uncertain. What's more, one of it's U.S.-bound ships is left in a difficult position (the middle of the ocean) after disputes over payments.

"There is no clear visibility yet on what will happen with this business," Ilana Volkov, a lawyer for Hanjin, said, according to Reuters. 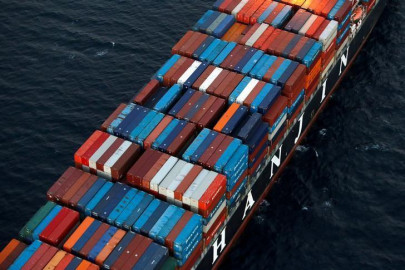 After filing for bankruptcy, the fates of multiple Hanjin cargo ships are uncertain. (Image via Reuters)

After folding, more than 100 of the company's ships were left at sea. Some were sold, and many are still up for sale.

The ship in question, the Hanjin Jungil, currently is off the coast of California.

"We're negotiating with every service provider and they are saying, 'I'm not going to let this ship berth,'" Volkov said at the hearing. "My client is being held hostage."

As of Wednesday, 36 of the company's 97 container ships were outside of ports. Of the rest, 37 ships planned to return to South Korea with its cargo still on board, and 24 managed to unload.

The company currently is looking for ways for the ships to unload without causing congestion at ports.

"This could destroy American businesses," Alan Brody, a lawyer for Yahoo Corp., told Reuters. The problem is that U.S.-based cargo owners were forced to make additional payments to retrieve their cargo, or had to get their cargo from the wrong locations.

Now, in addition to financial woes, Quartz reported that one of the ships located off the coast of South Korea could be in the way of typhoons.

"The captain and sailors usually sail through other routes to avoid typhoons," Min Park, a spokesperson for Hanjin, told Quartz yesterday. "But, as you know, the ship is just outside the port, drifting (floating anchored, but outside the port) on the sea. There have been no deaths or injuries for Hanjin, but this is exactly what we are worrying about with typhoons in Asia."