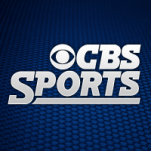 We already mentioned some of the bowl game gifts and giveaways that stood out to us, but now the good folks over at CBS Sports weighed in as well, listing the best and worst bowl game gift packages for this season.

CBS Sports ranked the Peach Bowl as the No. 1 gift package. Players will receive a $300 Visa gift card, a JBL Bluetooth speaker, a Fossil watch and a football.

The site ranked the Orange Bowl as the second-best. The giveaway includes a mini-helmet, a watch and a gift suite. (No oranges, though, which seems odd.)

Now, for the worst.

"OK, so this one's pretty vague," CBS Sports writer Robby Kalland said. "Is it just a bunch of hats? Maybe a backpack? I like hats fine, but not enough to make them being the centerpiece of a gift package super exciting."

The second-worst, in its opinion, was the Miami Beach Bowl, which opposes my own feelings.

"No one is going to be upset with what they get from the Miami Beach Bowl, because they get to spend some time in Miami, but this—like the Cure Bowl package—is a fairly functional, but not an especially fun, gift set," Kalland wrote. "Then there's a beach paddle-ball set, which I can't imagine will get much use from the Tulsa and Central Michigan folks."

Here's hoping the Central Michigan and Tulsa players duke it out in a giant, 11-on-11 game of beach paddle ball to prove everyone wrong.