Chester Cheetah is probably the coolest snack food mascot. He’s just so chill. And those sunglasses? Forget it. It makes sense that he hangs out with cool musical artists like Bad Bunny.

The branding effort is part of a larger partnership between Bad Bunny and Cheetos’ “deja tu huella” (“leave your mark”) initiative to give back to the Hispanic community. 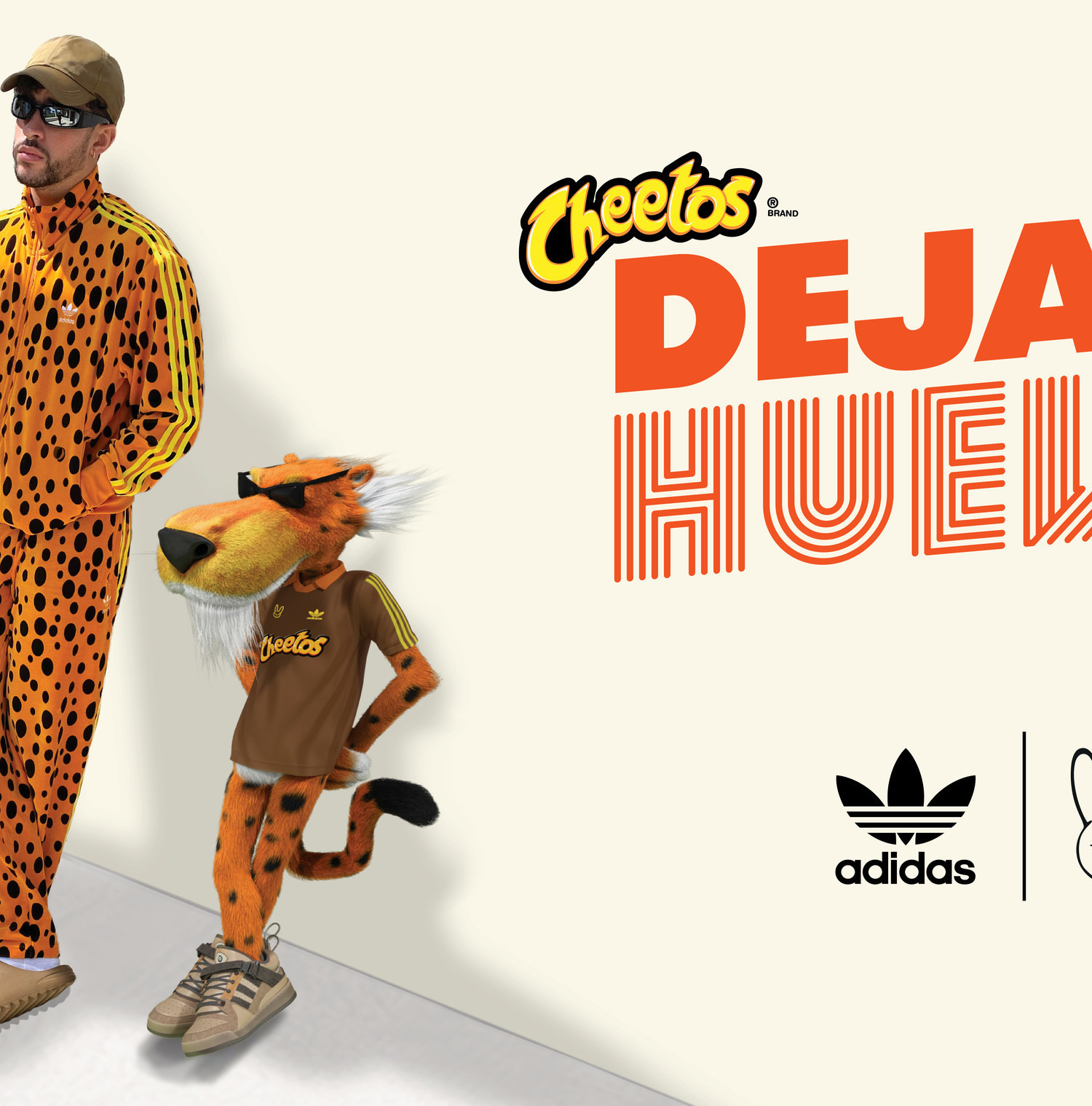 Cheetos and Bad Bunny’s apparel drop will be available exclusively on the NTWRK app, which has been almost the de facto source for co-branded products meant to appeal to millennials and Gen Z.

The apparel line—which includes branded loungewear items like pants, T-shirts and track jackets—is set to drop on Aug. 6. Based on messaging on Cheetos’ social media and websites, it will be extremely limited, to the point where you have to be entered into a drawing just to buy it. That is, unless, you want to use a branded social-media tie-in where you show off your fingers covered in Cheetos dust (also known as “Cheetle) called the Cheetle Detector.

The first 100 people to use it will have access to purchase apparel products before the general public.

So, basically, to buy the very limited merchandise, you have to buy a bag of Cheetos and interact with their branded platforms online. Only then can you buy apparel that turns you into a walking billboard. That is levels of brand immersion and genius by Cheetos.

If you don’t want to go through the hassle, you can enter a drawing to get access to the line.

This is the latest in a string of pop culture figures and musical artists working with either fast food brands or snack companies for limited apparel drops. McDonald's has been huge with this, but the way Cheetos has tied in both the incentive for purchase and social media integration is noteworthy.