Chicago Blackhawks Jersey Leads to Controversy at a Minnesota University 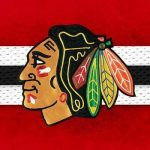 The Chicago Blackhawks have used the same logo, with minor tweaks, since their 1926 inception. (Image via Twitter)

The Nashville Predators shocked many in the hockey world by stunning the top-seeded Chicago Blackhawks in their first-round playoff series. Though the Windy City occupants have not hit the ice since their underdog foes completed a four-game sweep April 20, their jersey has generated some publicity on account of an incident involving a Minnesota-based college registrant.

Cody Albrecht, a Chicago native and fan of the franchise that has claimed three Stanley Cup championships since 2010, with the first coming against our Philadelphia Flyers, donned the top during his Social Perspectives, Human Worth and Social Action class at Bethel University. The shirt, given its depiction of a Native American’s profile, has drawn rebuke from those who object to commercialized representations of American Indians. The collective backlash over such uses has long led to protests and calls for change, with the Cleveland Indians’ Chief Wahoo rendering being a particularly current source of sadness and frustration. In the case of Albrecht, the Blackhawks apparel led to Facebook posts from his instructor and an apology from the matriculant.

The matter commenced in mid-April, with Albrecht returning to class in the controversy-causing homage to the Blackhawks following a pause in a screening of “Dakota 38.” The film chronicles the Dec. 26, 1862 hanging of 38 male Dakota tribe members in Minnesota and because of the sensitivity of the material, the growing disregard for the marketing of Native American-influenced garb and professor James Jacobs’ American Indian ancestry, the fashion choice spawned unrest, leading Albrecht to offer to turn it inside out once aware of the classroom’s unease.

Jacobs took to Facebook in a since-deleted post that the College Fix was able to view, declaring “Bold move, sir” on the part of Albrecht, noting the student had heard about “the offensiveness of Indian Mascots.” The young man declined an interview request from his school’s publication, though he commented on its Facebook page to say “To me, I saw this as just a shirt, but to be able to attach human emotion to that shirt that was filled with so much hurt and historic oppression, made that shirt come alive to me in a whole new way” and “I welcome further conversations about this topic and want to push everyone here to seek to understand, on both sides, before pointing the finger,” among other points. That Saturday post echoes, to some extent, Jacobs’ April 27 Facebook status update in which he said “I'm glad to say that this became an incredible learning opportunity for the student we had a lengthy conversation about it and the student really listened to why those images are offensive and hurtful.”

What is your take on how the sides have approached the matter? Did Jacobs react appropriately in his posts? Did Albrecht show insensitivity by wearing the shirt?