We've been following tariffs news pretty closely over the past year, with extra attention paid to its impact on the promotional products industry. While there are still many unanswered questions about how we got here and where we're headed, one thing is starting to become clearer: It seems the trade war will hit women's apparel harder than men's.

On Sept. 1, 2019, when the additional 10 percent (now likely 15 percent) tariff on imports of Chinese-made clothing and footwear goes into action, women's apparel could suffer more. That's because the U.S. tends to import more women's apparel from China than it does men's apparel. According to the Wall Street Journal, 42 percent of women's and girls' clothes and shoes came from China in 2018, whereas the percentage for men's and boys' clothes and shoes was 26 percent. That comes out to $23.5 billion worth of women’s apparel, versus $10.9 billion for men. 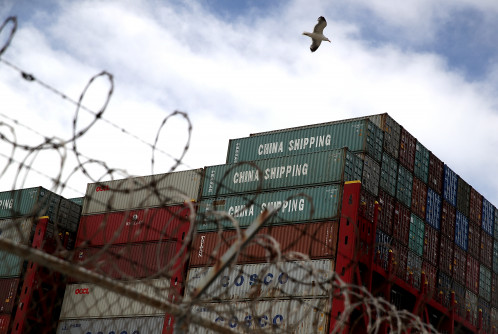 To make up for the added import expenses, U.S. companies will pass some or all of that along to consumers. As a result, women could be forced to pay higher prices for apparel than their male counterparts.

Additionally, in an interview with Bloomberg, Katica Roy, CEO of Pipeline Equity Inc., a firm specializing in workplace bias, noted that women already pay higher tariffs on nearly identical products. For example, the U.S. imposes a 14 percent tariff on the women's version of overalls that are a 9 percent tariff for the men's version.

There does not seem to be a plan in place to even out this gender gap in the trade world, but as prices on women's apparel continue to rise, consumers will eventually feel the burn.