Did you know that between 4% and 14% of the population has a genetic condition that makes cilantro taste like soap? As the promo industry's leading pro-cilantro publication, we feel terribly for this poor slice of the community.

Chipotle, on the other hand, chose to poke some fun at the whole thing by releasing a branded soap that smells like cilantro. It all started with a joke post on Instagram teasing the idea of cilantro soap. But then, Chipotle thought, “What if?”

A moment of silence for the people who think cilantro tastes like soap.

Not liking cilantro is something you should try keeping to yourself

Cilantro: I just want to be... appreciated

“Our Cilantro Soap plays into a larger trend of turning digital moments into real life experiences,” Chris Brandt, chief marketing officer for Chipotle, said in a press release. “Every Chipotle fan, regardless of which side of the great cilantro debate they’re on, can appreciate this fan-inspired gift.” 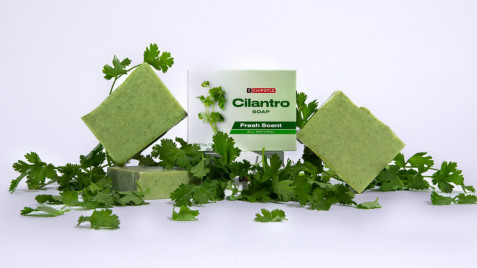 Chipotle’s promotional product output has relied heavily on social media, using things like memes and QR codes to get people to interact with the brand online in addition to in real life.

After a couple of years of dunking on people who think cilantro tastes like soap, Chipotle took the step to make the real thing, and go even further away from just food. We’ve mentioned in the past that Chipotle is starting to look more like a lifestyle brand that also makes food rather than a fast food company with good promotional items.

The soap was available on the very robust Chipotle Goods e-commerce site for only $8, and is already sold out.

Given how much Chipotle loves incorporating cilantro hate into its brand identity, there’s a good chance it’ll restock the soap, or maybe integrate cilantro into another home goods or self care product.