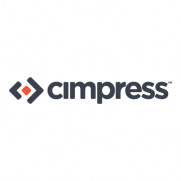 Cimpress, the Venlo, Netherlands-based parent company of Vistaprint and National Pen Co., announced that it has acquired BuildASign, an internet-based supplier of canvas-print wall decorations, business signs and other large-format products.

"We are excited to welcome BuildASign to Cimpress," Robert Keane, president and CEO of Cimpress, said in a press release. "They bring strong talent, a customer-centric culture, low-cost production operations and strong e-commerce capabilities that work seamlessly together to serve customers with market-leading prices, fast delivery and great customer service."

"We are excited to be entering this next chapter for BuildASign, and are thrilled about the opportunities that joining Cimpress will create for our customers and team members," Bryan Kranik, BuildASign's CEO, said in a press release. "Through a combination of our large format expertise and Cimpress' procurement scale and MCP technology, we look forward to continuing to grow in large markets by allowing our customers to express their identity across a wide variety of products."

Through the acquisition, valued at $280 million, Cimpress will acquire approximately 99 percent of outstanding equity interests in BuildASign from the company's current owners. This includes the company's majority owner, PWP Growth Equity.

Its current growth complements Cimpress' goals with Vistaprint and National Pen Co., as well. It reported 20 percent year-over-year growth for the period ended Aug. 31 2018, with unaudited revenue of approximately $129 million.

Augmented Reality and the Evolution of Print