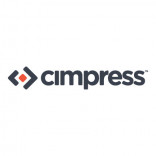 The company reported that Vistaprint, which it had historically allocated about two-thirds of investment funds into since 2012, according to an accompanying letter to investors, stayed pretty much on track with the previous quarter. Cimpress reported $357 million in revenue for this quarter, down just $1 million from the third quarter, but down from $429 million in Q2.

Vistaprint accounted for 22 percent of Cimpress's revenue for this year, the same as the previous quarter.

As for National Pen Co., Cimpress said it expects the brand "to deliver annual constant-currency revenue growth in the low double digits for the foreseeable future." The company added that it believes National Pen Co. will "reach and grow beyond the point where it is generating annual steady-state free cash flow that comfortably exceeds 15 percent of the consideration [it] paid for the business" over the next few years.

Going forward, it looks like both brands are performing well under the Cimpress umbrella, especially National Pen Co., which was acquired in December 2016. It's still worth remembering that Vistaprint had undergone a series of shakeups recently, which we hinted at being either a huge positive for the company or a sign of trouble to come. It's looking more like the former.