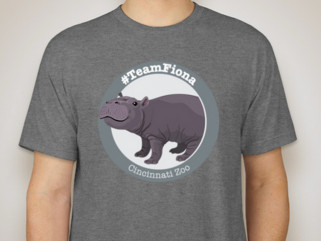 Counterfeit apparel is an increasing problem surrounding sporting events and concerts. But, it's surprising the uptick in fraudulent T-shirts has hit the Cincinnati Zoo. According to WCPO Cincinnati, companies are unofficially selling the zoo's #TeamFiona shirts.

This is a huge problem for the zoo, because it is selling the T-shirts to raise money for its hippo premie, Fiona. With a surge in counterfeit #TeamFiona T-shirts, the zoo does not see the proceeds from the campaign.

Not only that, but the Cincinnati Zoo has reason to believe that the other sellers are scams that just take donor money without delivering any T-shirts.

Authentic T-shirts can be purchased through the zoo's gift shop or online at cincyshirts.com.

Now that these illegal scammers have targeted a zoo's fundraising efforts, it's time for you to be more vigilant with your clients' promotional efforts. It's important to be on the lookout for counterfeit apparel profiting off your company's designs.