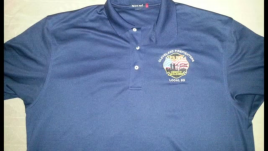 In honor of the 15-year anniversary of 9/11, a group of Cleveland firefighters planned to do what they had done for 14 years: wear commemorative 9/11 shirts. But, according to AOL, the fire chief banned the firefighters from wearing the shirts.

"It was pretty straightforward," said Local 93 President Tim Corcoran, to AOL. "One of the assistant chiefs was asking for a notice to go out for us to wear our commemorative 9/11 shirts, which we've done for the past 14 years, this year being the 15th. It was flatly denied by the chief."

But, it seems that fire Chief Angelo Calvillo might have had other reasons for the ban, even though the firefighters felt the decision was "unconscionable," according to Corcoran.

"First and foremost, they have not worn polos for 15 years," said the fire department's Lt. Larry Gray, according to AOL. "We do not have any documentation that there was an order approved for them to wear polos."

Instead, the chief asked all firefighters to wear their dress uniforms to any 9/11 memorial events.