The Hillary Clinton campaign sent out an email blast on Wednesday offering "deeply discounted" merchandise, like $15 T-shirts and $2 buttons, according to CBS News. 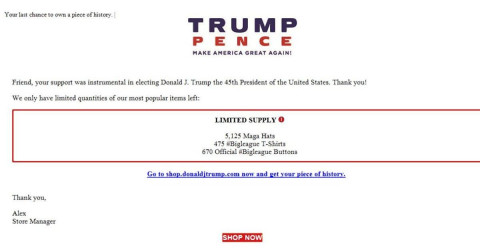