Another day, another political merchandise battle. While the 2016 political campaign will come to an end soon, there is no slowing of new insult-based merchandise.

Clinton made a comment at a fundraiser on Friday that sparked outrage from Trump supporters. "You can put half of Trump supporters into what I call 'the basket of deplorables,'" she said. Specifically, she referred to them as "racist, sexist, homophobic, xenophobic, Islamaphobic, etc."

Later, Clinton said she regretted the comment, but the damage was done.

Trump supporters ran with the "deplorable" idea. Many have taken to social media with the hashtag #BasketofDeplorables to show their support for Trump. 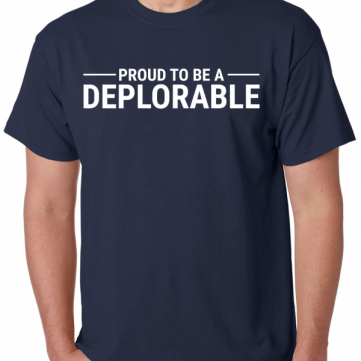 While there is no "deplorables" merchandise in Trump's campaign official store, many speculate it's only a matter of time before the Republican presidential candidate creates his own line of merchandise.