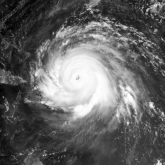 Hurricane Irma has reached Puerto Rico and other Caribbean island countries, and is on track to make landfall in Florida on Sunday as a Category 4 storm, Reuters reported. So far, the storm has killed 10 and caused significant damage in Barbuda, St. Martin and the British Virgin Islands.

In the following 48 hours after hitting Florida, residents can expect storm surges and flooding. Currently, the Miami-Ft. Lauderdale area is dealing with a gas shortage, with sales five times higher than normal.

As we saw in Texas during Hurricane Harvey, the storm conditions can cause promotional products businesses to close or change their hours. A few companies have already reached out to say that they're open as usual, but braced for that to change.

But, as meteorologists have pointed out, the projections do not dictate the path of the storm. So, if plans do change, let us know.

If your company has any news to report, please send information to Sean Norris at snorris@napco.com, and we'll get the message out to your customers via our social media pages and Headlines newsletter.