Clothes That Grow With Children Now a Reality 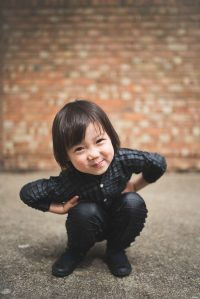 Admittedly, I don't have any children, but I can imagine the usual routine of constantly having to buy them new clothes because they grow at rapid rates can be frustrating. Thankfully, KHOU.com is reporting that a London designer is here to solve your shopping woes with a children's clothing line that can expand with its wearer.

Petit Pil is a range of outerwear that features an "innovative pleat system" that can expand as the child grows. Designer Ryan Yasin designed it for those little fashionistas that can grow seven different sizes in their first two years.

"This is really engineering meets fashion,” Yasin said. “I've taken my knowledge of materials and folding origami, and applied that to a product which is aimed at reducing the waste in the fashion industry…So forget the sentiment of, 'You'll grow into it'; it'll grow in to you.’"

The pleated clothes went through rigorous testing to prove they could stand up to repeat machine washing and use. Whether or not pleated, expanding clothing catches on as the latest trend in children's apparel remains to be seen, but this sounds like a great way to capture the intrigue of parents everywhere.