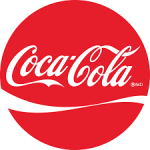 Yesterday, we reported that the mayor of Montreal wants to ban single-use plastic water bottles from the city. Today, CBC reported that Coke, Pepsi and Nestle are among corporations that are gearing up to fight the ban.

"We want the city of Montreal to reject the proposal to ban water bottles on its territory," the association wrote, according to CBC.

Martin-Pierre Pelletier, a spokesperson for Montreal Mayor Denis Coderre, told CBC the action from the Canadian Beverage Association came as a shock.

"It was a surprise for us," Pelletier said to CBC. "We want to understand the details."