Nothing upsets sports fans more than a glaring typo on their team's fan apparel. The Birmingham Bowl outraged University of South Florida fans when it unveiled the official merchandise ahead of the big game. 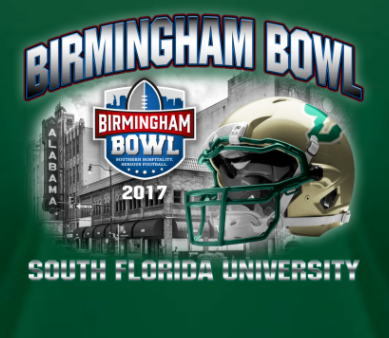 The Birmingham Bowl made a critical error when it unveiled its official "South Florida University" merchandise. (Image via Yahoo Sports)

After fans alerted the bowl of the error, it said it was working to resolve the issue immediately.

We have recently been made aware that there is a graphic misrepresentation of a T-shirt on the Birmingham Bowl Merch Site. Please rest assured that the T-shirt had not been produced, and the image is now being corrected. We apologize for any inconvenience this may have caused.

While it's an honest mistake, fans were less than pleased because this is the second year in a row that USF is playing in Birmingham.

Hopefully the T-shirts are fixed soon, but this serves as a reminder to always triple check your promotional apparel, especially if it's fan apparel (sports typos tend to cause mayhem).