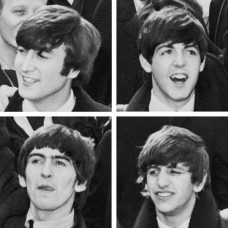 When penning “Yesterday,” the penultimate track on The Beatles’ 1965 album “Help!,” Paul McCartney gave us the immortal lyrics “Yesterday, all my troubles seemed so far away/Now it looks as though they’re here to stay/Oh, I believe in yesterday.” Though those words were not likely on the minds of 48 online vendors on Thursday, the singer’s sentiments certainly seem apt, as that day, Apple Corps Ltd. and Subafilms Ltd. sued the four dozen entities, claiming that they are orchestrating the sale of products that violate two trademarks associated with the Fab Four.

The Liverpool lads disbanded in 1970 (Editor’s note: I will forever curse that year, even though I was still nine years from making my debut on this Earth), but their staggering popularity has meant that merchandise sales have never stopped soaring, with new generations of fans proving that other bands will “carry that weight a long time” if they feel they will ever match or eclipse the quartet’s influence.

Because of the group’s vast estimation, Apple Corps and Subafilms often have to fend off improper attempts by businesses to profit off their catalogue and likeness. In their newest battle, they are seeking $100 million from the alleged offenders, desiring financial intervention through their claim that the defendants are using the “Beatles” and “Yellow Submarine” trademarks.

The "Beatles" trademark falls under the protection of Apple Corps, which McCartney and fellow surviving band member Ringo Starr join the estates of deceased rockers John Lennon and George Harrison in helming. The latter belongs to Subafilms, which is tasked with overseeing merchandising rights affiliated with the group’s classic film of the same name.

The price tag for the lawsuit might strike someone as quite steep, but the plaintiffs feel it is a justified sum, as they are contending in their Florida-filed document that their legal adversaries, who are situated in or distribute goods from areas with limited interest in upholding trademark laws, are putting bucks in their banks by selling products such as apparel, backpacks, bed linens, mobile telephone cases and pendants to aficionados.

In stating, “You can’t do that,” they wish for the supposed violators to, among other actions, have listings barred from the websites of commercial allies like Amazon and eBay, and have blocks placed on their domain names.

That second action could have the reported opponents finding themselves in times of trouble, especially since an examination of their operations could lead to more accusations that they hawk counterfeit items. The whole matter represents yet another legal element to considerations of The Beatles’ legacy, but it also speaks to their ability to prove a proficient attraction to lovers of promotional products.

For those of us not fortunate enough to have been around when they tore up the charts and built up so many hearts, said goodies are a huge component of intensifying admiration for their catalog, so any supposedly bogus attempt to make a dollar off that clout is going to earn backlash.

As this matter is only five days old, the defendants could be faced with a long and winding road in presenting their cases, with Complex Music Update positing that many of them, because of their internationally-based identities, might ponder for some time how (or if) they will be defending themselves in a U.S. case, especially since, as the New York Post reported, the plaintiffs feel that “the nature and intended byproduct of [the] defendants’ actions is the erosion and destruction of the goodwill associated with [the] plaintiffs’ respective famous names and trademarks, and the destruction of the legitimate market sector in which they operate.”