In literary circles, mentioning “Measure for Measure” tends to cause cringes because critics, owing to the work’s complex combination of gravity and levity, dub the Shakespearean canon entrant a “problem play.” In the fashion world, though, uttering “made-to-measure” inspires no backlash, as so clear cut is the appeal of customized apparel that industry figures who have chosen to champion the power of personalization are becoming even more influential (and affluent) presences. So says a study by men’s e-tailer Lanieri.com and the market research company YouGov, whose early fall collaboration noted a number of consumer preferences, with thriving interest in customized garb among the most telling finds.

Between Sept. 21 and 26, the research entity relied on 1,201 responses to comprise the Lanieri US Fashiontech Insights summation. Concluding that “The future of fashion is tailor made and online,” the commissioned analysis reveals that 49 percent of Americans find fascinating the pull of buying customized clothing, with three percent of all U.S.-situated online end-users prepared to spend more than $1,000 for such attire over the next year. The latter statistic proves particularly compelling when one looks at the average ($207) that each citizen will budget for the goods. It should come as no surprise that 34 percent of millennials made personalized apparel purchases, eclipsing the 35-to-54-year-old age bracket by eight percent. 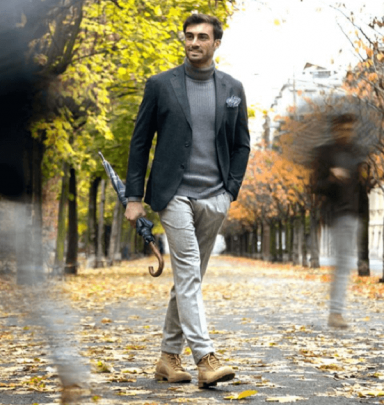 True numbers nerds will find themselves blissed out when inspecting the entire account, as it looks not only at generational differences but also gender-centric ones, with shoes and work clothes (both at 17 percent) heading males’ customization hankerings as a 2018 trend and wedding-associated selections (15 percent) leading the way among female consumers. Owing to its cultural origins, Lanieri, whose pun game deserves kudos for having made “Italians Do Fit Better” its motto, should be quite pleased to learn that the style made famous in the “land of love” has earned high praise from customization-crazed consumers, particularly millennials. Given that 42 percent of that demographic would be willing to spend more money to purchase personalized threads than it would on non-customized offerings, Lanieri is wise to have addressed what that constituency enjoys. In other words, that audience, which the study tabs as constituting 18- to 34-year-olds, is, as other markets have shown, a supreme source of financial windfall for companies that can comprehend and court its members’ fluid preferences.

As 2017 prepares to take its final bow now that December is upon us, it will be interesting to see how much more influence made-to-measure fashion offerings will have on the industry as a whole. The Lanieri study provides a nice framework for future considerations, and though we often hear that we should listen to our elders, its look at millennials shows that industry bigwigs should lend their ears to the younger sets, too.