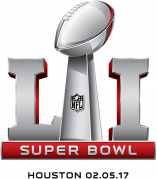 By now, we know what to look for when it comes to counterfeit sports merchandise, so we don't feel the need to rehash it. (Bottom line: Look for authenticity stickers, among other things.)

And yet, before every major sports event, law enforcement agencies report the staggering number of counterfeit items they seize. Today, according to Bloomberg, law enforcement officials will unveil the trove of counterfeit items they've recovered over the previous year from online vendors, stadium parking lots and flea markets. This is all part of what these agencies call "Operation Team Player." (Catchy, right?)

It sounds like the authorities have this whole thing pretty well handled. But, as Bloomberg reported, the feds are having a harder time keeping the counterfeit merchandise in check than it would appear.

The largest culprit is the internet. Online third-party sellers, like Amazon and eBay, are a host for counterfeiters to sell their bootleg merchandise.

As Bloomberg described it, it's a bit of a time-consuming, needle-in-a-haystack situation:

Last year, the U.S. government seized $1.38 billion in counterfeit goods. More than half of that arrived via express courier and international mail. Why? Because fakes increasingly are being bought online—largely at Amazon.com Inc. and EBay Inc.—and often shipped direct to Americans' homes in individual packages. As a result, officials must find counterfeits one-at-a-time in a stream of 250 million individual packages entering the country each year. "Shoppers can buy things online direct from China and everything comes through the mail," says Matthew Bourke, a spokesman for the National Intellectual Property Rights Coordination Center, part of the Department of Homeland Security. "It makes enforcement incredibly difficult."

Law enforcement has taken steps to minimize counterfeit goods on the internet, like we saw with Alibaba (which has tightened its grip on counterfeiters to positive results). Also, a spokesperson from eBay claimed that the number of counterfeit items on its site has been declining since 2014. And Amazon said, "We take this fight very seriously." That's a start, but it's not a cure.

Since the Internet isn't bound by borders, other countries have reported similar issues. Red Points, a Barcelona-based company that tries to fight online counterfeiting, reported 8,000 fake listings on behalf of a popular soccer team on Amazon last year, according to Bloomberg.

Even though companies, like Alibaba, have been giving it their all, the problem is dam is still leaking.

"The counterfeit problem is real," Danny Marti, who served as the U.S. intellectual property enforcement coordinator for Alibaba. "It's growing and it's reached a level that is nothing short of alarming. Until we see more from these marketplaces about what is being done to curb the sale of counterfeit goods, we'll remain largely in the dark. We're not going to seize our way out of this."

Chris McCabe, a former Amazon investigator told Bloomberg, too, that Amazon's approach isn't as strict as it could be. Amazon suspends accounts that they see selling bogus goods, but it's not the final deathblow to those companies. Also, it sometimes punishes legitimate businesses.

"For Amazon, this is the easiest way to do it," McCabe said. "Just suspend everyone and make them appeal and show agreements to get reinstated."