Counterfeiters Cashing In on 'One Love Manchester' Benefit Merchandise

After the tragic attack at the Ariana Grande concert in Manchester, U.K., on May 22, Grande put together the "One Love for Manchester" benefit concert for June 4.

To commemorate the show, Universal Music Group authorized vendors who would earmark product proceeds to the British Red Cross's We Love Manchester Emergency Fund. But, the company has had to send a flurry of cease and desist notices to unauthorized e-commerce vendors selling fake merchandise, with the largest amount of culprits selling their items on Etsy and Redbubble, according to Variety. 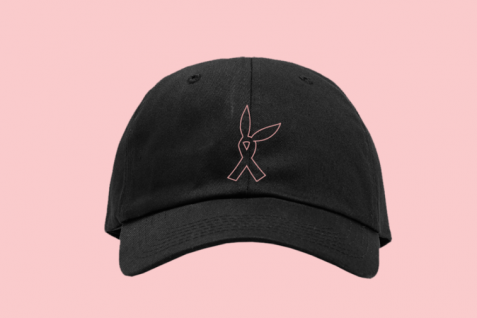 Universal Music Group is selling licensed merchandise to benefit the victims of the May 22 Manchester attack and their families. (Image via Teen Vogue)

To benefit victims of the attack and their families, Universal Music Group licensed shirts, caps, wristbands and more to benefit the fund via www.onelovemanchester.com. 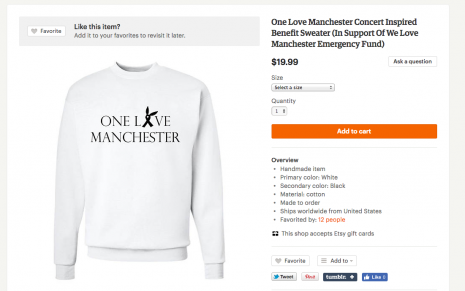 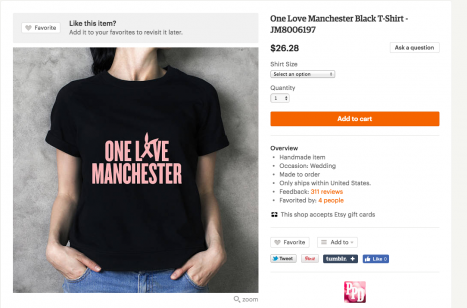