The 67,612 people who packed into Minnesota’s U.S. Bank Stadium for Super Bowl LII will not soon forget the thrilling experience, especially attendees who hold allegiance to the Philadelphia Eagles, whose 41-33 upset win over the New England Patriots brought the city its first Lombardi Trophy. Because of counterfeiters, though, 154 folks will remember the historic evening for a different reason, as their unknowing purchase of fake tickets prevented them from catching any action.

On Tuesday, 16 days after the Big Game, Minneapolis and Bloomington authorities released their unfortunate findings, detailing that they had detained as many as two dozen people in connection with the illegitimate sales. Typically a lucrative occasion for the criminal element of society, the championship tilt again proved profitable, with would-be watchers shelling out more than $924,000 for the false admission granters. Coupling that with the 7,597 phony products that police secured—a haul that reached an estimated value of $520,000—law enforcement officials have readied themselves for a busy period of prosecuting the detained figures. 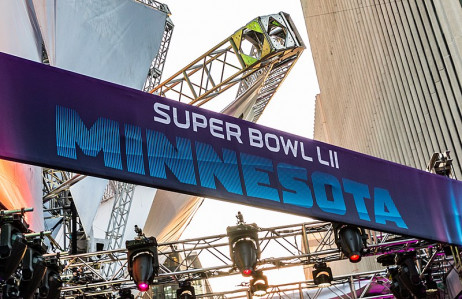 The accused individuals reaped between $400 and $5,000 from their alleged offenses, with Minneapolis police lieutenant Kim Lund noting this year’s tally of fake tickets is seven times greater than last year’s amount. That, of course, could be attributable to the fact that much was on the line for the game’s combatants, with the Patriots looking to join the Pittsburgh Steelers as a six-time titlist and the Eagles striving to claim their initial world championship, so one could understand why counterfeiters would be especially eager to con people.

“There were no extra tickets—there was no way that we could get somebody into the Super Bowl if they had a counterfeit ticket, period,” Department of Homeland Security public affairs officer Shawn Neudauer said. “It’s especially heartbreaking when there’s kids involved, and there were several families that came in from out of state.”

154 people went to the Super Bowl, but couldn’t get in. They had counterfeit tickets. https://t.co/Kt6hxQcDb9 pic.twitter.com/TzM0wVYQMf

He and his crime-fighting peers had been scouring for questionable transactions ahead of the Feb. 4 matchup, making one arrest. The people who ended up scammed in conjunction with the game, though, cannot share in the same sense of justice—at least not yet—felt by the person whom authorities helped by making the bust of the man peddling an all-access pass to the Super Bowl and related events.

“We do everything we can to prosecute, but it will never be the same [for victims],” Neudauer added, with Minnesota’s CBS affiliate also noting the seizure of a number of fake tickets for other playoff games this season, notably the Vikings’ divisional round classic against the New Orleans Saints.

Being that football, among the four major sports, is the only one that coronates its champion in a winner-take-all tilt, counterfeiters will always look to ruin the culminating night by swindling football-frenzied end-users. With Super Bowl LIII set for Feb. 3, 2019, authorities, based on Lund’s revelation, have their work cut out for them if they do not want for similar sadness to occur in Atlanta. Here’s hoping their efforts keep all interested fans from having to settle for catching the game outside of Mercedez-Benz Stadium.