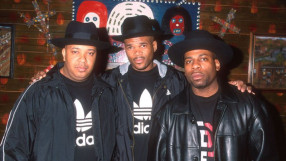 Live Nation has been accused of willful infringement for its 2008 Run-D.M.C. merchandise. (Image via Yahoo)

Last week, the U.S. Court of Appeals for the Ninth Circuit partially reversed a copyright lawsuit between photographer Glen Friedman and Live Nation. According to Courthouse News Service, a federal judge felt that Live Nation should not be cleared of the willful-infringement charge.

The backstory of the Live Nation and Run-D.M.C. case revolves around a 2008 line of merchandise, including a calendar and three T-shirt designs. It was later found that neither Run-D.M.C. nor Live Nation owned some of the images. Live Nation proclaimed that while it did illegally use Friedman's photographs, it did not do so willfully.

The court found it suspicious that Live Nation's product-approval forms made no mention of establishing or reporting on who holds the intellectual property for the images.

"The forms only include fields indicating the manufacturer of the proposed product, the artist represented and the suggested price, along with space for unspecified 'comments' by Live Nation and the artist," Berzon wrote. "From the face of the documents, one could conclude that they are directed at design decisions, not the rights to the photographs. Nor do the specific forms signed by Run-D.M.C. indicate in any way that the group was clearing the legal right to use the photographs, on their own behalf or anyone else's."

Berzon also said there is no evidence indicating that Live Nation told Run-D.M.C. about copyright protocol.

Live Nation's attorney has not commented, but we will keep you updated.

You can read the appeals court's opinion here.