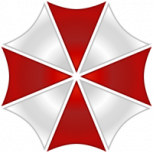 The Umbrella Corporation serves as the antagonist in the "Resident Evil" franchise. (Image via Wikimedia Commons)

Since its 1996 debut, the “Resident Evil” franchise has become an incredibly lucrative brainchild for its creators, Shinji Mikami and Tokuro Fujiwara, and overseer, Japan-based Capcom. The success might just have pushed a Vietnamese company to prove that imitation is the sincerest form of flattery, as numerous sources have noticed that the Medcare Skin Centre’s logo matches the symbol that identifies the Umbrella Corporation, the horror video game’s antagonist.

“We are very sorry the situation has occurred,” the Ho Chi Minh City-situated business said via Facebook, adding in the Monday post that “Our team is highly specialized in taking care of skin conditions for our clients and logo design is completely out of our specialty and was consulted and completed for us by a hired third-party.”

The establishment, which has removed the emblem, a rain blocker consisting of red and white sections, from the aforementioned social media site, with commenters on the explanatory post having fun over the gaffe, which the account proclaims “is not an intentional infringement of copyright by Medcare Skin Centre.”

Websites have made comedic swipes at the similarities, too, including a nerdist.com piece whose headline declares “Resident Evil’s Umbrella Corps Is Treating Skin In Vietnam.” Another, dreadcentral.com, is hoping the location can keep the logo so as to devise advertisements “where zombies get skin care and turn back into living humans,” an acknowledgement of the corporation’s malicious creation of the T-virus. The internet has also begun to abound with folks who feel we can file this as fake news, though mashable.com’s Adam Rosenberg yesterday found himself leaning away from that conclusion despite not fully being able to shed the layers of the situation despite ample outreach and investigation.

History is rife with instances where copyrights, patents and trademarks have brought their holders and imitators to court, yet no source has yet indicated whether Capcom intends to be litigious. Would suing the center be a stretch or a proper course of action against the dermis defender?