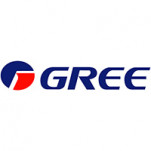 This is a record fine for a single violation. After the Consumer Product Safety Improvement Act went into effect in 2008, the CPSC could obtain civil penalties of up to $15 million for failure to report safety hazards, according to Bloomberg BNA. Before this, the cap was $1.85 million.

According to a press release, the CPSC charges that Gree knowingly failed to immediately report a risk of serious injury in dehumidifiers sold under 13 different brand names. Gree also knowingly misrepresented the situation to CPSC staff during its investigation, and sold dehumidifiers bearing the UL safety certification mark despite knowing that the dehumidifiers did not meet UL flammability standards.

Gree recalled in September 2013, expanded in January 2014 and re-announced in May 2014. Gree manufactured, imported and sold more than 2.5 million units in the U.S. at retailers, such as HH Gregg, Home Depot, Lowe's, Menards and Sears from January 2005 to August 2013.

According to Consumerist, customers who sent in their Gree dehumidifiers had to wait unusual periods of time for their refunds. In some cases, the refunds they eventually received were not for the correct amount.

Consumerist also reported that the dehumidifiers caused fires that amounted to nearly $4.5 million in property damage across the U.S.

CPSC chairman Elliot Kaye warned in a keynote speech at Consumer Assembly that this landmark penalty acts as a cautionary tale to take CPSC penalties as deterrents, rather than nuisances.

"Companies can no longer write civil penalties off as a cost of doing business," Kaye said, according to Consumerist.

According to Bloomberg BNA, Kaye added in his speech that he would like to see double-digit million-dollar penalties for certain patterns of conduct that the commission is aware of. He said that this would be for "aberrant behavior" when conduct is well outside of ordinary practice.