What the CPSC Leadership Change Means for Regulation 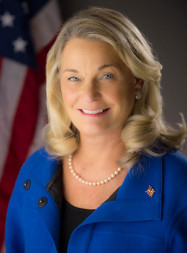 The Consumer Product Safety Commission (CPSC) announced yesterday that it named Ann Marie Buerkle as acting chairman, replacing outgoing chairman Elliot Kaye. Buerkle, a Republican, was appointed to the CPSC in 2013 during the Obama administration.

Kaye was known during his time at the CPSC for his aggressive stance when it came to holding businesses accountable on product safety.

Kaye, who will remain in his position until his term ends in 2020, said that he expects the CPSC to do "an abrupt 180-degree on safety," according to KTIC Radio. He added that consumer protection will "absolutely, categorically" be harmed.

Buerkle, on the other hand, asserted that she plans to continue the CPSC's mission, and plans to take a "thoughtful, collaborative approach" when handling product safety. As opposed to Kaye's tendency to push regulation hard and fast, Buerkle said she doesn't want to force any unnecessary or harmful regulations.

"We have just witnessed the inauguration of our 45th president," she said, according to KTIC Radio. "This is not the time to pile on more regulation, particularly when the benefits (if any) are minimal."

"I think it remains to be seen as to how acting chairman Ann Marie Buerkle wil deal with the new administration's two-for-one regulation pronouncement," Lee said. "After having heard her as a keynote speaker at PPAI's Product Responsibility Summit in 2015, I came away very impressed with her qualifications, accomplishments and her philosophy on regulations. With her extensive background on the CPSC and as a former member of the House, she has a lot of experience in dealing with legislative matters."

Buerkle, a former congresswoman from New York, is a registered nurse and lawyer. She also was an Assistant State Attorney General in New York. Despite Kaye acknowledging their legislative differences, he spoke highly of her.

"I'm confident that she will not bring any changes to our industry that will negatively affect our businesses," Lee said. "My personal hope is that we, as an industry, will continue to grow while protecting our customers' brands and consumers' health and safety."

Neither party can control more than three CPSC seats at a time. For now, Democrats have a 3-2 majority, but that will change in October, when Democrat commissioner Marietta Robinson's term expires.