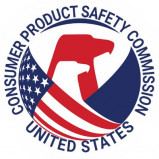 The Consumer Product Safety Commission (CPSC) voted 3 to 2 last week to prohibit children's toys and various child care items from containing more than 0.1 percent of specific phthalate chemicals used to make vinyl and plastics. This final rule will take effect 180 days after publication in the Federal Register, per CPSC.

The ruling, which is based on recommendations from a Chronic Hazard Advisory Panel that studied the effects of phthalates in children's toys and care items, will pertain to five specific phthalates:

This final rule also applies to an interim prohibition set in place by the CPSIA on "children's toys that can be placed in a child's mouth and child care articles" containing more than 0.1 of diisononyl phthalate (DINP), di-n-octyl (DNOP) or diisodecyl (DIDP). The ruling makes the prohibition on DINP permanent, and expands it to "all children's toys and child care articles" containing more than 0.1 percent of DINP. It also removes the prohibition of DNOP and DIDP, as the CPSC determined that they do not cause any harmful effects on male reproductive health and development.

Finally, the CPSC released a notice of requirements for accreditation of labs to test for the newly-prohibited chemicals in children's items.