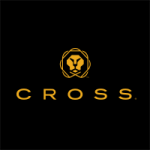 In order to promote new business, Cross, Lincoln, R.I., is opening a flagship retail store in Providence, R.I., where the company was founded and where it maintained a steam-powered factory.

"I wanted to be downtown because it's a great, vibrant city," Robert Baird, CEO of A.T. Cross Co., told the Allentown Morning Call.

In addition to the retail space, the company is launching its first major advertising effort in years, buying advertising space in popular magazines, like Vogue and Vanity Fair. It also will relaunch the Sheaffer pens brand, which it acquired in 2014.

The state of Rhode Island offered the company $1.9 million in tax credits and other incentives to help with the move.