The Chicago Cubs haven't been to the World Series since 1945, and they haven't won one since 1908. So, as the Cubs get ready to face off against the Cleveland Indians in Game 7 of the World Series tonight, it's no surprise that Cubs fans are looking to remember the moment. According to a study by Slice Intelligence, the Cubs have sold five times more merchandise than the league average. 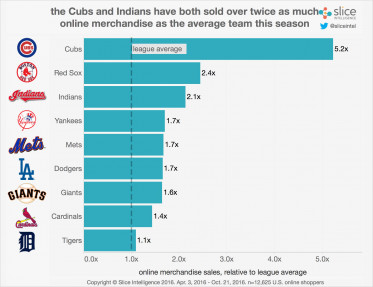 It's not just that there are more Cubs fans than other fans. It really does have to do with fans rallying behind a potential World Series win. Over the last two years, sales have more than doubled each year for the Cubs, and the Indians saw an increase of 269 percent this year over last year. 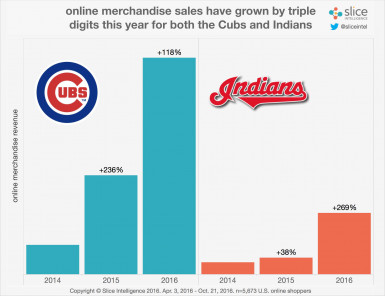 The statistics also showed that teams that did better during the regular season moved more branded items online. The Indians, for example, saw 62 percent of its merchandise sales in October alone.

The teams that made the playoffs, like the Los Angeles Dodgers, Washington Nationals and New York Mets, weren't far behind. While teams that didn't do so well, like the Minnesota Twins, accounted for less than half of the league average of merchandise. 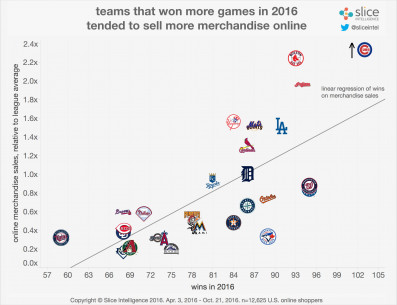 While we don't believe in hopping on a bandwagon when a team is doing well (no one can blame us Philly fans of doing such a thing), it's smart for merchandisers to be aware of the winning teams and cash in on the hometown hype.