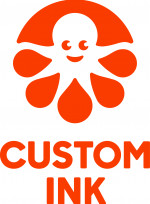 While CafePress announced that it will be acquired after steady revenue declines and employee cuts, Custom Ink has continued increasing its physical presence, opening a new location in the King of Prussia Mall, located just outside of Philadelphia.

By now, we're used to the idea of Custom Ink retail storefronts, as they've been popping up along the East Coast and a few spots out West for a little while now. But the King of Prussia location is the first inside a mall. According to Patch, the location offers brands like Under Armour, The North Face, Nike, Adidas, Champion and Comfort Colors for in-store customization, including same-day digital printing for some products.

"King of Prussia is an iconic retail destination that draws people from around the region, and Custom Ink is excited to be able to share our passion for custom apparel with those shoppers," Bailey Rockwell Adrian, director of licensing and partnership development for Custom Ink, said in a statement, according to Patch. "With millions of visitors a year, King of Prussia will allow us to reach new and current customers looking for expert, in-person advice on how to create the perfect custom clothing and accessories for their events and occasions."

It's not just as simple as walking in, selecting a Nike T-shirt you want customized and walking out, however. Thanks to the traffic the King of Prussia Mall generates—as the second largest mall in the U.S., it attracts 22 million visitors every year, 20 percent of which are usually tourists—Custom Ink advised customers to book appointments for creating their items, but it's not required.

Earlier this year, Custom Ink announced seven new storefronts, most of them inside Michaels' stores. It also opened a standalone location in Princeton, N.J. The King of Prussia store brings Custom Ink's total physical locations to 18.

A spot in the King of Prussia Mall is pretty big (no mall-size pun intended). By placing a brick-and-mortar business in such a high traffic area, Custom Ink is showing that it means business, and these types of in-person customization sites are only to get more common as the company expands its retail footprint. It may not be effective for large-quantity orders of thousands of shirts or detailed, intricate promo campaigns, but for things like family reunions, small-business parties or rec sports teams, it's about as easy as it gets. And that's what pretty much any consumer is looking for anymore.